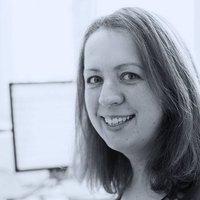 I think anyone can learn how to work on space missions… To be a flight director you have to learn to be cool, calm and methodical, and you need to be able to work out your priorities and keep them clear.

Flight directors talk to everyone involved, from the astronauts to the scientists on Earth to the people who are responsible for making the rockets work. A flight director's most important tasks are to keep the astronauts safe, to check that all the planned experiments take place in space, and, of course, to sort out any problems that crop up. Yes, this can happen, but the flight director will always find the answer.

Libby worked at the European Space Agency's Columbus Control Centre for 7 years. As a flight director for the last 3 of those years her job was to ensure hat everyone worked together and everything went according to plan.

As a flight director, what did you do on space missions?

On a typical day I turned up at the operations centre, and began by checking that everything was OK with the ISS.

Then I was given a timeline showing what needed to happen on board while I was on duty: what experiments needed to happen, when the astronauts could rest, what safety checks needed to be made - that sort of thing.

My job was to get everyone working together to make sure everything on the list happened.

Not always, but a flight director needs to be sort of person who likes solving problems. Every day was different. Sometimes there would be a big experiment taking place, and the team would have done lots of preparation for it. On other days the crew would just be doing familiar stuff, like maintenance on the ISS, for example, and then you knew what to expect.

How did you make sure everything went according to plan?

Basically you talked to everyone to check things were OK. You talked to the people who run the computer systems - for example, the ones who run the communications systems - and the people in charge of what the ISS was carrying on board. Then you spoke to the crew, and answered their questions, and recorded everything with the right paperwork.

You make that sound easy!

Well, it’s important to realise that when you’re doing that job, no two days are alike, and you never quite know what’s really going to happen. You never know when things won’t go to plan, when you might throw a switch or press a button and get an unexpected error message.

If there are any problems or something doesn’t work, you find out what’s wrong and fix it. Sometimes there are bigger problems - an important computer going down, for instance - and you might have to drop into emergency procedures.

First you make sure you are safe, then that crew are safe, and then you look at saving the space station.

How did you know what to do?

On some days we did simulations. That’s when we’d go into a control room and help a team of astronauts who were actually just pretending to be in space. The people in charge told you things have broken, and you had to work out how to put them right. That taught you how to solve them in real life.

Do you have to be a special kind of person to be a space mission flight director?

I think anyone can learn how to work on space missions if they really want to. But to be a flight director you have to learn to be cool, calm and methodical, and you need to be able to work out your priorities and keep them clear.

It’s mentally taxing but very satisfying to know you’re helping to keep a team of astronauts up in space doing a good job for science. Having said that you also have to spend other days in the office doing paperwork and emails - all the support work that keeps missions running smoothly.

I was always interested as a child, perhaps from seeing the space shuttle on television. When I was 9 or 10 at school a teacher gave us a homework project to write a travel brochure for a destination, and I wrote one for Mars!

What was your first experience of space?

I went to space school when I was 15, and that made me realise there was a space industry you could work in. Then in Year 12 we had to do a work placement and my friend and I wrote to NASA!

We never expected to get in, but to our amazement we were invited to do two weeks at the Johnson Space Centre. That’s why I’d say to anyone, believe in your dream and always have a go at things - you never know.

I did physics, maths, further maths and music for A level - I wanted to work in space, and I knew they were suitable subjects, but I didn’t know how they would would fit with a career. Then at university I did a physics degree, followed by a masters in aeronautics and space engineering.

Where else did you work?

I always knew I wanted to work with human space flight, but in those days there were no opportunities for that in Britain.

I applied for a job at a company that put satellites into orbit, and ran the operations for a fleet of satellites. Then I applied for, and got, a job at the control centre for the Columbus module, the European part of the ISS that launched in 2007. That was in Munich, and that’s where I trained as a flight director.

Right now I work for the UK Space Agency, on the education programme for Tim Peake’s mission.

What advice would you give to someone who wants to work in space?

Remember there is not a job in the world you can’t do in the world of human space flight - it needs everything, from lawyers and medics to economists and teachers. Believe in yourself, and don’t take any notice of anyone who doesn’t believe in you. Work hard and be nice to people. And enjoy your study and work! That’s really important - I love working in space operations!